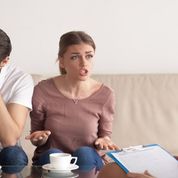 Throughout the western world, the popular wisdom has for many years been that anger should be expressed. It was seen as healthy. Clients were often advised even by therapists, to release, even unleash, their anger without any regard to the consequences on relationships.

Anger was described by many psychotherapists as a strong feeling that when unexpressed, could be internalized and cause ulcers, heart attacks, headaches and others physical conditions. The belief was even that letting anger fester could damage relationships. A number of treatment techniques have been anchored on the assumption that to be emotionally healthy, people must release their anger.

Angry feelings are associated with the release of the “stress” hormones, epinephrine and norepinephrine. These hormones stimulate the heart, raise the blood pressure, release sugar into the blood, constrict the blood vessels to the digestive tract and create feelings of excitement and arousal. This has reinforced the assumption that that unexpressed anger can produce a host of psychosomatic reactions, ranging from hives and headaches to cancer and heart disease.

Books like ”Anger: The Misunderstood Emotion,” by Carol Tavris have triggered some experts to take a different view at this powerful emotion and to question basic assumptions about its meaning to relational, physical and mental health. Anger is now seen more often more destructive when expressed than when suppressed.

Studies suggest that ventilating anger may actually contribute to some illnesses and is much worse on your body and far worse on your heart than anxiety, sorrow, or any other emotion. It is even harder on your heart than extreme physical exertion. The newest studies on the relationship between anger and heart disease indicate that an excessively hostile attitude, regardless of whether that anger is expressed, increases the risk of disease (R. Williams).

Even more important, venting anger has a devastating effect on social interactions.  It disintegrates communities as angry people throw words around like weapons. These words that can never been taken back have an amazingly destructive power and wound people and relationships. It destroys one’s ability to make wise and intelligent choices and distorts one’s view of self, others, things and situations. Like an addictive substance it destroys ones will and generate more anger with all the emotional and psychological problems that goes with it.

It seems that an alternative to the “no anger” or “venting anger” is to be slow to anger. Expressing it when it represents a legitimate appeal for justice, when it is directed at someone who is the cause of the anger and when it would result in a correction of the offense and would not cause retaliation. Otherwise it will be wise to learn effective ways to soothe and to calm yourself down.

There is a parable (author unknown) about a boy and his grandfather:

A certain little boy had developed a bad temper, flaring up at quite small things.

After failing in all attempts to help him reign in this disturbing habit, his father one day gave him a bag of nails. “Listen, son,” he said, “every time you lose your temper, go and hammer a nail in the fence. OK?”

The boy reluctantly agreed, and by the end of the day there were 37 nails in the fence. Over the next few weeks, this helped him control his anger, and the number of nails in the fence each day gradually dwindled. Finally the day came when not one nail had been hammered into the fence, and his father praised him, gave him a cuddle and suggested that he now pull one nail out for each day he was able to hold his temper in check. The days passed, and soon he was able to tell his dad that all the nails were gone.

Taking him by the hand, his father led him to the fence. “You have done well, my son, but… look at all the holes in the fence! It’s never going to be the same, is it?”

“You see, son,” his father went on, “when you say things in anger, they leave scars in the person you’re angry with, just like the holes in the fence. You can put a knife in a person and then pull it out, and it won’t matter how many times you say you are sorry, the wound is still there. And a wound caused by angry words is as bad a physical one. Sorry doesn’t undo the hurt.”

The boy had gone pale, and his eyes filled with tears.

” Friends,” his father added, picking him up, “are very rare jewels. They make you smile, they encourage you, they lend an ear, and they want to open their hearts to you. Hurting them with anger makes them feel unwanted.

Be careful of the nails!

Protecting Your Couple When Arguing