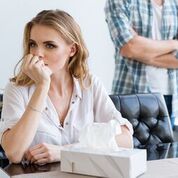 There are many other examples of partners who are emotionally unavailable.
Consider a few of them –